Vikas Gupta has been recently eliminated from the reality show Bigg Boss 14. Although his stint was very small in the show, still he managed to stay in the controversy from the very beginning.

From the moment Vikas Gupta entered the BB 14 house along with other challengers including Arshi Khan, Arshi left no chance to irritate him either by talking about his personal life or otherwise. Both of them even dragged each other’s families into their fight. However, Vikas Gupta claimed that Arshi knows some of his secrets from outside, which she is taking advantage of now.

Every now and then we saw Arshi Khan poking Vikas Gupta for one thing or the other to which the latter got so furious that he pushed her into the pool; Vikas Gupta even got evicted from the show for that matter. That time he even broke down into tears saying that he has been working hard for 17 years and he has never stopped anyone’s work, contrary to what some people have claimed. He even revealed that Arshi has been torturing him due to the provocation from some people from outside; he is done with this life as he is alone outside and there is no one for him.

Parth Samthaan, who was in a relationship with Vikas Gupta, as claimed by the latter, alleged that Vikas molested him and even threatened him for destroying his career. He even accused Vikas of not making payments for working on his show and eventually filed a complaint at Versova Police station. Later on, Vikas Gupta came out as bisexual in a tweet and mentioned Parth’s name, “Thank u for forcing me to come out.”

Vikas Gupta Came Out as a Bisexual

It was some time back when Vikas Gupta openly came out as a bisexual in a video he posted on Instagram. Here is the link to the video-

In his video, he revealed everything about his sexual preference and said that no one can blackmail him now. He even mentioned the absence of support from his family and took two names who did wrong to him when he was in a relationship with them.

After his re-entry, Arshi continued irritating Vikas Gupta to which he had a mental breakdown. He even recalled his past relationships that have hurt him and revealed the names to his fellow contestants. He revealed that Priyank Sharma, Bigg Boss 11 contestant lived with him for one and a half years and came to the reality show with him. Priyank even worked in Vikas’s show and claimed that Priyank started harassing him once the first schedule of the show was over. He revealed suffering from high blood pressure and due to constant poking from Arshi’s side, he got an emotional breakdown.

Bigg Boss 14 was the season Vikas Gupta thought to go public with everything going on in his personal life and this it was about his family. In one of the episodes, he discussed his troubled relationships with his parents and claimed that they are behind his property in Dehradun. This happened when Arshi Khan again taunted him for not paying bills for his mother’s treatment. Arshi even claimed to speak to Vikas’s mother about their strained relationship and to be his real friend during the lockdown that she supported him a lot. On the contrary, his mother Sharda Gupta clearly denied having a personal conversation with her.

To clear the air, Vikas revealed everything about his personal issues and said his family didn’t support him due to his sexual preferences to which her mother has something else to say.

“To think that we actually distanced our own (son) for his sexual orientation is equal to making a derogatory statement about my family. Yes, my son and I are not on great terms but that has nothing to do with his orientation. We had cut off ties with him much before he decided to come out in public, and we knew and have always loved him and accepted him the way he is. So the news about us distancing him because of his choices is a complete hoax fabricated to one’s convenience. But sometimes, when you give too much love, you risk being taken for granted.

Vikas even said that there was a time when he fell short of finances and told her mother that he has no money to bear her medical experiences. He also talked about due loan payments amounting to ₹1.8 crores.

Now Vikas Gupta has been finally evicted from Bigg Boss 14 house, but it seems that there will not be any full stop to his controversies. This time a former contestant of ‘Roadies’ Vikas Khoker has alleged that Vikas Gupta had asked him for sexual favors and offensive pictures. In a recent conversation, Vikas Khoker revealed ‘After I won Roadies in the year 2012, many people asked me to get involved with them physically and one of them was Vikas Gupta, who had approached me to fulfill his sexual desire.’ Revealing that Vikas Gupta had even asked him to come to his home to give him a massage and demanded objectionable pictures in the pretense of casting him in a show, he said, ‘He told me that he wanted to see my body and private parts and whoever will be close to him, he will be a star.’ 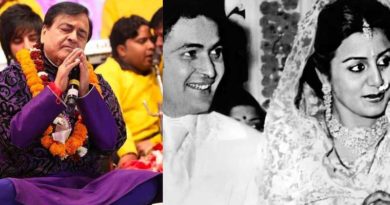 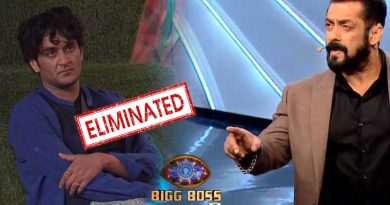 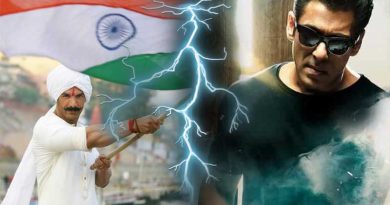