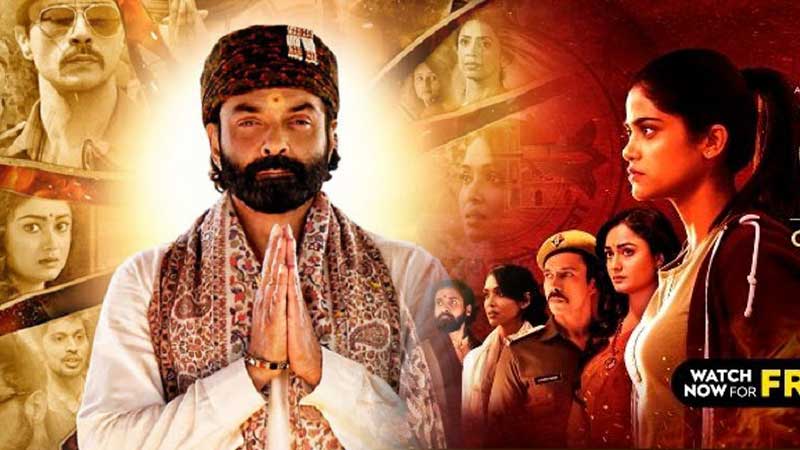 Web series are quite fun to watch; unlike movies, they offer more and better content. Also, these days there are so many great options to watch if we talk about web series; Amazon Prime, Voot, Zee5, and Netflix have a never-ending collection of must-watch Hindi web series, but the catch is most of the content available on these OTT platforms can’t be watched for free; you need to buy the subscription.

MX Player is one such platform where you will find a huge collection of web series including Hindi, English, and Hindi-dubbed series that too for free. Back in August 2020, MX Player released one of the top Indian web series of the year Aashram Season 1 that you can watch online for free. The series was so loved by the audience that the makers soon came up with Aashram Season 2 in November 2020.

Here you will find all the details about the Aashram web series Season 1, the cast and crew, as well as where you can download or watch it for free. If you have already watched Season 1, you can go and watch Aashram Season 2.

The Bobby Deol starrer Aashram Season 1 was released by OTT platform MX Player; directed by Prakash Jha the web series revolves around the story of Baba Nirala who has won the complete trust of the people of Kashipur who treat him like a Godman and love him to their core.

Baba Nirala comes to the rescue of a lower caste girl Pammi, who is drawn into his devotion. The sudden reappearing of a skeleton disturbs the peace of the city during the upcoming state elections and all the links of the investigation mysteriously point towards one place- The Aashram.

Where to Watch All the Episodes of Aashram Season 1?

Cast and Crew of Aashram Season 1

Here are the details of the lead cast and crew of Aashram Season 1:

There are some torrent sites that are offering links to download all the episodes of Aashram Season 1 for free, but that is illegal. Piracy sites like Downloadhub, Filmyzilla, Gomovies, etc, are involved in leaking pirated copies of movies and TV shows for many years now. Also, the government of India keeps on taking initiatives to ban such sites and put a full stop to piracy, however, there seems to be no end to piracy in the near future.

Downloading or uploading pirated content is considered a criminal offense, hence, anyone found involved in promoting piracy is subject to jail terms including other legal charges under the concerned law. It is advised to only use legal platforms to watch your favorite movie or TV show.