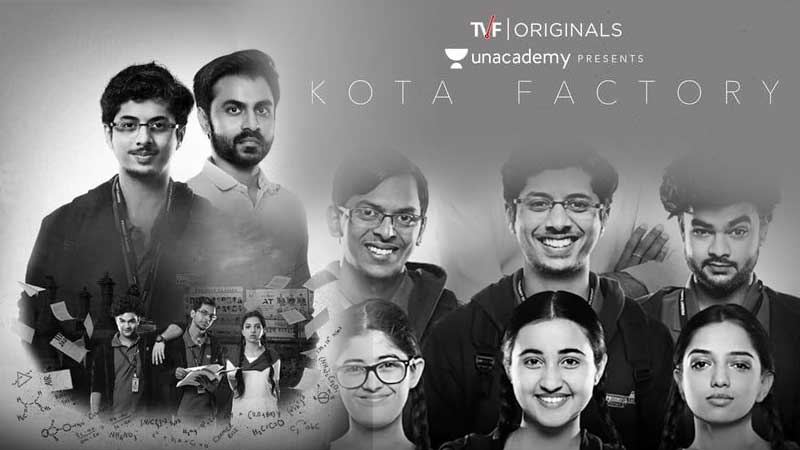 Web series these days have gotten more realistic and relatable; that’s what has attracted more audiences to various OTT platforms. Whether you watch Netflix, Amazon Prime, Voot, or Zee5, you will find a lot of meaningful content to watch like Delhi Crime, Asur, and the list goes on. But platforms like MX Player, TVF Play have changed the entire game as they have produced some rare gems too for free. Series like Ashram Season 1 and Season 2 were hugely loved by the audience and the reason was it was available for free streaming, similarly, we will talk about one such hidden gem that you can binge-watch for free.

Kota Factory is TVF Originals and the first season of the web series is already out. The 5-episodes web series was critically acclaimed by the audience and they have been already asking for Kota Factory Season 2; however, there is no news for that as of now.

So for now, you can enjoy Season 1 of Kota Factory which will take you on a magical ride for sure. Kota Factory web series follows the life of a 16-year-old Vaibhav Pandey who is an IIT aspirant and moves to Kota, the city which is popularly known as a hub of aspiring IITians.

If you have been one of those aspirants and have stayed in Kota, the powerful dialogues and performances can also leave you teary-eyed.

The series talks about the issues of student’s life who are trying to crack IIT but in a light way.

Vaibhav doesn’t get into the top coaching institute even after scoring a good 90%. Also, due to late admission, he gets an A10 batch in a less prestigious institute, however, he gets a chance to upgrade his batch.

Will Vaibhav be able to grab this chance? Will he be able to crack the IIT exam? The series itself will give all the answers in a heart-touching manner.

Where to Watch All the Episodes of Kota Factory Season 1

Here are the details of the lead cast and crew of Kota Factory Season 1:

How to Download All Episodes of Kota Factory Season 1 for Free?

All the episodes of Kota Factory Season 1 are available to watch for free on TVF Play. The web series is part of TVF Originals and can be watched for free either on the mobile app or on YouTube as well. All the episodes of Kota Factory Season 1 can be watched in HD quality. However, you cannot download the web series on your device as there is no option for that.

To watch Kota Factory Season 2 and 1 online, visit the website directly by clicking the underneath links of platforms;

There are some torrent sites like Filmygod, 123mkv, Madrasrockers, etc., that offer the option to download all the episodes of Kota Factory for free, however, that is completely illegal. Torrent sites have been uploading pirated copies of movies and web series for free for years and some of them have got banned as well. Piracy is an illegal offence and is banned in most countries. There is also severe punishment for anyone who is found involved in piracy in any manner. So, it is always advised to use legal options to watch top Hindi web series.