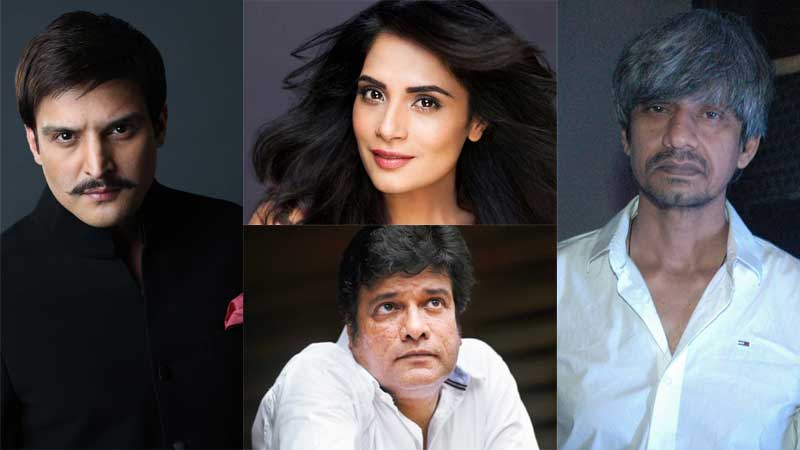 Every year a lot of newcomers step into Bollywood hoping to become a star soon realizing that only having the best acting skills will not help them survive in the industry. The harsh reality is the Bollywood fraternity seems awestruck by star kids or the already established names that they forget to give the acknowledgment to other stars who even with their short appearances give so much to remember.

We as audiences are more interested in movies like ‘Kaamyaab’, ‘Panga’, or ‘Shubh Mangal Zyada Savdhaan’ as compared to senseless flicks like ‘Student of the Year 2’ or ‘Love Aaj Kal’ just because there is a star kid involved and the unrealistic drama they had is a big turn off.

There is a never-ending list of actors who play supporting roles and take the films to a new height but still the stars walk away with heavy paychecks.

However, things are changing and more content-driven films are being made. With that, we also hope that the following significant actors who we mostly see in the supporting roles get their dues and the stardom that they are worthy of.

Manu Rishi shot to fame with his small role in the movie ‘Oye Lucky Lucky Oye’ for playing the role of ‘Abhay Deol’s sidekick ‘Bangali’. He has even appeared in movies like ‘Ek Chalis ki Last Local’, ‘Raghu Romeo’, etc., impressing us with his unmatched comic timing and acting skills for more than 17 years now. Lately, his conversation with ‘Ayushman Khurrana’ in ‘Shubh Mangal Zyada Saavdhan’ in the opening scene was humorous and woke all together. Don’t you think he deserves more screen time?

He is one of the best actors in Bollywood who didn’t get his share of admiration. Often called ‘Shahrukh Khan’ of B-grade films, ‘Jimmy Shergill’ has proved his potential in movies like ‘Tanu weds Manu’, ‘Saheb Biwi or Gangster’, ‘Mohabbatein’, and has even given hits in Pollywood (Punjabi film industry). Not everyone knows that his first Punjabi film, ‘Yaaran Naal Baharan’ in 2005 was a blockbuster. He has played both the roles of a chocolaty lover boy and an angry young man so well; he surely deserves much more recognition.

I don’t think he needs an introduction as his ‘Kauwa Biryani’ comic scene from the movie ‘Run’ has been etched in our minds forever. Just like his surname, Vijay Raaz is a mystery as he has never given an interview and no one knows much about him. While big names continued to soar, he made his presence felt with his roles in ‘Delhi Belly’, ‘Welcome’, etc. And how can someone forget his performance in ‘Stree’ and ‘Dream Girl’ that gave us a good laugh? I don’t think he is getting the limelight that he deserves.

Remember the doting and quite liberal uncle from the movie ‘Tanu weds Manu Returns’? Yes, I am talking about the one and only Rajesh Sharma who has always managed to get attention even if it is about his small appearance as a coach in ‘Ms. Dhoni- The Untold Story’. He started with Bengali films but it was the movie ‘No One Killed Jesica’ that made people recognizing him. Now, you will find him in every other movie as a supporting actor but he is surely more than that.

Talk about ‘Dolly’ in ‘Oye Lucky Lucky Oye’, ‘Najma Khatoon’ in ‘Gangs of Wasseypur’ or ‘Bholi Punjaban’ in ‘Fukrey’, she has never disappointed us with her versatility. She has some electrifying spark in her that makes her scenes unforgettable. Richa Chadda’s performance in ‘Sarabjit’ got her all praises even when she was given less screen time and rumors say that her scenes in the movie were edited out to make sure that the concentration of the audience remains on the Sarbjit’s sister played by  Aishwarya Rai Bachchan. Bollywood surely needs a reality check.

Radhika Apte got more recognition when she acted in independent and short films. Movies like ‘Parched’, ‘Kaun Kitney Paani Mein’, and ‘Phobia’ has earned her the spot that she is in today. You must be missing upon some great acting if you haven’t watched her performing in ‘Manjhi: The Mountain Man’, ‘Badlapur’, and ‘Antaheen’. If you want to see more of her, turn on your Netflix and watch ‘Lust Stories’, ‘Sacred Games’ and ‘Ghoul’, you will thank me later. She has quite a few awards in her name but still, the limelight she deserves is missing.

He is known for portraying real-life characters and is a part of the Bollywood industry for more than 16 years now. Even after getting a few scenes in big films, like ‘Jab We Met’, ‘Paan Singh Tomar’, ‘Bunty Aur Babli’, Bhoothnath Returns’, ‘PK’, ‘Tubelight’, and many more, he has made a mark with his acting but is yet to get his due in Bollywood. Brijendra Kala will currently be seen in ‘Gulabo Sitaabo’ alongside ‘Amitabh Bachchan’ and ‘Ayushmaan Khurrana’. His peculiar style of dialogue delivery didn’t earn him a single lead role till date.

One of the prolific Hindi movie actors, Adil Hussain is known to perform in more than five different languages. He has played the sarcastic-yet noble husband in ‘Sridevi’ starrer ‘English Vinglish’ that we can completely relate to. ‘Ishqiya’ got him the attention of cinephiles as even after sharing screen space with Vidya Balan and Naseeruddin Shah, he pulled it off very nicely. His role in ‘Life of Pi’ of a strict conservative father was a piece showing his brilliancy although the movie revolved around Pi and his adventure. He surely belongs to the league of Nawazuddin Siddique and Irfan Khan.

Swara Bhaskar has the talent and skills to give the top Bollywood actress a run for the money. But she is not getting the screen time she is worthy of. Whenever she is on-screen, you can rest assured that she will steal all the limelight irrespective of the veteran actors that are a part of the movie. You will mostly see her playing roles like a mother, a daughter, ‘heroine ki saheli’, or the girl that the hero rejects; but she plays them all really well. Be it  ‘Payal’ in ‘Tanu weds Manu Returns’, ‘Chanda’ in ‘Nil Battey Sannata’ or ‘Bindiya’ in ‘Raanjhana’; she can be your favorite supporting characters but she deserves a lot more.

He is the reason you must see the movie ‘Omkara’. Don’t you think the ‘Tanu weds Manu’ series would have been different if our beloved ‘Pappi Ji’ (Deepak Dobriyal) wasn’t a part of it? Most of us watched the movie for Jimmy Shergill, R.Madhavan, or Kangana Ranaut and ended up remembering Deepak’s performance. This happens when you are so much versatile in your field. His latest flick ‘Kaamyaab’ with Sanjay Mishra is again a must-watch. Some of his finest pieces include ‘Dabangg-2’, ‘Hindi Medium’, ‘Kaalakaandi’, ‘Angreji Medium’, etc., and I hope Bollywood starts casting Deepak Dobriyal in just everything.

Sanjay Mishra has never failed to prove that Bollywood needs more actors than heroes. He is the veteran actor in this list, serving Bollywood for more than 25 years now. And it would be so shameful for us if the next generation will not know his name. He has mainly picked up unconventional roles and his perfection in each one of them can be visibly seen. He started getting recognition so late; nevertheless, his latest flick ‘Kaamyaab’ got him all the praise that he was waiting for. Even the internationally acclaimed author Paulo Coelho took it to twitter to praise his performance.

With that, I sincerely hope Bollywood continues with the trend of giving importance to actors and not just heroes otherwise we will lose the real actors and soon these names will nowhere be found in the history of cinema.