Result of Bollywood’s Favouritism and Nepotism- From Best to Worst 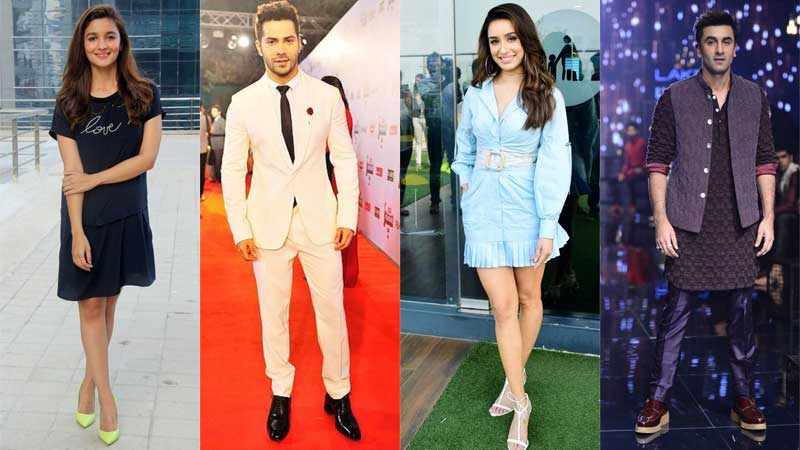 Nepotism is everywhere and Bollywood is no exception. But that doesn’t mean if you liked the fruit, you will like its seed too. Bollywood has always given a chance to star kids irrespective of the fact if they deserve it or not.

Now and then actors from non-filmy backgrounds come up and raise their voice against nepotism but this time the suicide of Sushant Singh Rajput has added the fuel to the fire. People are calling it a planned murder as he was treated indifferently by Bollywood because of not being a star kid and that made him took this drastic step.

We cannot deny the fact that Bollywood is obsessed with Nepo kids. But not all of them are undeserving; some have proved to be real gems. To know which celeb kid is here to stay or not, have a look at the list of Bollywood’s Nepo kids from best to worst:

Daughter of Mahesh Bhatt, Alia Bhatt shows what can be the best result of nepotism. It was none other than Karan Johar who gave her the leading role in the movie ‘Student of the Year’ (2012). She came out as a cute high-class confused girl; however, the movie was an average hit at the box office. But that didn’t stop her from giving hits like Highway, 2 States, Humpty Sharma Ki Dulhanyia, Dear Zindagi, Raazi, and the journey is still on. She has quite a lot of awards in her name and she deserves the majority of them.

Late Rishi Kapoor and Neetu Kapoor were the superstars of their time. So how we cannot expect it from their son, Ranbir Kapoor? Although his first Bollywood romantic flick ‘Saawariya’ (2007) was a commercial failure, but the list of his hit movies is endless. Moreover, ‘Sanju’ was a blockbuster and it was the highest-grossing movie of its time. With romantic comedies like ‘Anjani Anjaani’ and ‘Bachna Ae Haseeno’, he started ruling the hearts of girls who saw him as the modern age, Shahrukh Khan. In movies like ‘Rajneeti’, ‘Rockstar’, ‘Yeh Jawani Hai Deewani’, ‘Ae Dil Hai Mushkil’ and his career’s most appreciated performance ‘Barfi’, Ranbir proved he is not just a nepo kid but a superstar.

She debuted with a brief role in the movie ‘Teen Patti’ (2010) followed by the lead role in the teen drama ‘Luv Ka The End’ (2011), Shraddha Kapoor is another great result of nepotism. Daughter of legend Shakti Kapoor, Shraddha rose to fame after her breakthrough performance in Aashiqui 2 (2013). In her 10 years of Bollywood journey, she has given a perfect mix of hits and flops. She has been giving her best in every project she chose such as ‘Stree’, ‘Chhichhore’, ‘ABCD 2’, and hopefully, there is a long way to go for her.

Varun Dhawan, born to Indian film director David Dhawan, has grown up closely watching the superstars like Govinda and Salman Khan. He is good looking, and charming, apart from being a versatile actor and performer. There is no wrong in saying that he got all the attention for being a star kid still his hard work cannot go unnoticed. The movie ‘October’ got him all the praise for his acting skills while his chiseled abs and perfect dance moves got him a large fan following. Varun Dhawan has also gone through the brunt of being David Dhawan’s son and he may prove in the future that he deserves all the limelight he is getting.

She is not a star kid but sister of Miss World 2000, Priyanka Chopra. She made her debut with the romantic comedy ‘Ladies Vs. Ricky Bahl’ that got her the Filmfare Award for Best Female Debut. You can call her one of the finest actresses from the new generation. Being a celeb sister, she got her first chance easy as she was already working with Yash Raj Films as an executive director and later on signed a three-film deal with the same banner. However, she didn’t disappoint the audience much and has given quite a few hits that include ‘Kesari’, Golmaal Again’, ‘Shudh Desi Romance’, and ‘Ishqzaade’ being her debut film in the lead role.

Tiger Shroff was expected to carry on the legacy of his father Jackie Shroff but he hasn’t yet. However, he has 3-4 hits in his name in his 6 years journey and that’s not bad but his fans expect more from him. His debut film ‘Heropanti’( 2014) was a hit but after that, his graph started falling. It was in 2018 when he bounced back with ‘Baaghi 2’ and in 2019; he gave a blockbuster performance in ‘War’. His dance moves and action scenes make him stand apart from the other star kids; however, he still has a long way to go to prove his versatility and achieve the superstar tag.

Sonam Kapoor can be the perfect example of nepotism i.e. when you don’t deserve it but still getting it. In his career of 13 Years, she has managed to give more flops than hits and thanks to her father Anil Kapoor that she is still being offered movies. Nothing to hate but if it was an outsider; he/she would not be getting this much chance. After giving quite a few flops, ‘Raanjhanaa’ proved a turning point in her career; ‘Bhaag Milkha Bhaag’ was a super hit; however, ‘Neerja’ is considered the best shot of her career till date.

Son of Indian film producer Boney Kapoor, Arjun was already connected with Bollywood as an assistant director and associate producer when he was just 18. He has done 12 movies so far out of which none has proved to be a blockbuster. He debuted with ‘Ishaqzaade’ in 2012 alongside Parineeti and raised all the expectations with his acting. Unfortunately, he has given more flops and hits but still, we watch him every year on the silver screen and we all know why. His best works to date include 2 States, Gunday and Ki and Ka.

Daughter of Saif Ali Khan and Amrita Singh, Sara Ali Khan has come up as the most potential superstar of the new generation. Out of her 3 movies, 2 are already a hit at the box office. With her debut movie, ‘Simmba’ (2018), she raised the bar and soon became a sensation. Again with her next release ‘Kedarnath’, she made it clear that she is here to stay and will give tough competition to the upcoming star kids. However, her latest Bollywood flick ‘Love Aaj Kal’, the remake of her father’s film, turned out to be a flop at the box office.

You can call her the richest Bollywood kid, daughter of Shahrukh Khan, Suhana is yet to make her Bollywood debut but fewer know that she has already debuted alongside Robin Gonello in an English short film ‘The Grey Part of Blue’ that released on YouTube. The 10-minute short film got Suhana admiration for her expressive eyes and magnetic screen presence. She has been shown as her natural self and is delivering dialogues like a professional. However, it will be too early to expect a superstar out of her, and let’s just wait for her Bollywood debut.

Born to Sridevi and Boney Kapoor, Jhanvi Kapoor made her acting debut with the movie ‘Dhadak’ in 2018. The film got her Zee Cine Award for Best Female Debut. The movie was a remake of Marathi film, ‘Sairat’ but it didn’t meet the expectations. Again it was Dharma Productions who got the two-star kids ‘Jhanvi’ and ‘Ishaan’ their debut film served on the plate. However, the film proved to be the highest grosser at the box office. Jhanvi Kapoor will be again seen in the upcoming flicks ‘Takht’, ‘Gunjan Saxena’, ‘Roohi Afzana’, and ‘Dostana 2’. Let’s see if she is capable of being called as a superstar in the upcoming years or is just another nepo kid getting all the limelight.

In one of her interviews, Alaya Furnitrewala, daughter of Pooja Bedi, told she got rejected several times before she bagged the lead role in her latest release ‘Jawaani Jaaneman’ alongside Saif Ali Khan and Tabu. Her viewpoint on nepotism is it does exist but it cannot stop her from doing what she loves and giving the best shot at it. Alaya in ‘Jawaani Jaaneman’ will surely steal your heart and she came out so natural in front of the camera, however, the movie was a flop at the box office. She is all set to give a tough time ready to the other new-age nepo kids Sara Ali Khan, Janhvi Kapoor, and others in the line. Alaya is just one movie old and it will be early to judge her.

Ananya Pandey got trolled when she said her father, Chunky Pandey hasn’t ever been to the famous show ‘Koffee with Karan’ and this is her definition of struggle. Everyone knows the star kids don’t have to struggle a lot to get a film and it was none other than Karan Johar who launched her in the biggest flop of 2019 ‘Student of the Year 2’. SOTY 2 was a terribly-made film and Ananya’s character was a recycled version of the Poo and Shanaya but it was not even 1% percent of what Kareena Kapoor and Alia Bhatt did. Hopefully, she comes up with something better in the future.

Daughter of superstar Suniel Shetty, Athiya is the best example of Nepotism. She debuted with romantic action film ‘Hero’ alongside Sooraj Pancholi and even received a Filmfare nomination for it. However, the Salman-produced film was a clear flop at the box office and all the hype that the movie created was only due to the producer Salman Khan and the star kids involved. Not only the debut, all her films are flop to date still she is surviving in Bollywood and getting movie offers. There is no doubt if someone undeserving will be given so many chances will turn out a star in the coming 10 years or later.

Athiya Shetty co-star in the ‘Hero’ movie Sooraj Pancholi, son of Aditya Pancholi got into movies not by hard work but due to Salman Khan. Salman made every effort to make his fans watch the movie but still, it miserably failed. His next release ‘Satellite Shankar’ was again a disaster but still, he managed to get Filmfare Award for Best Newcomer for his debut film. He has two upcoming movies pending to be released, although cinephiles have no expectations left from him.

Many other star kids got entry into Bollywood due to their filmy background and soon vanished after their debut film because acting is not everyone’s cup of tea. Bollywood and the big banners should start giving priority to the hard work and talent and not just to someone who has a filmy background. It is high time nepotism should stop trending and we audience can equally contribute to it by watching movies that promote talents and not just actors.

Why Alia Bhatt is the queen of nepo kids

Who is the Father and Flagbearer of Nepotism in Bollywood