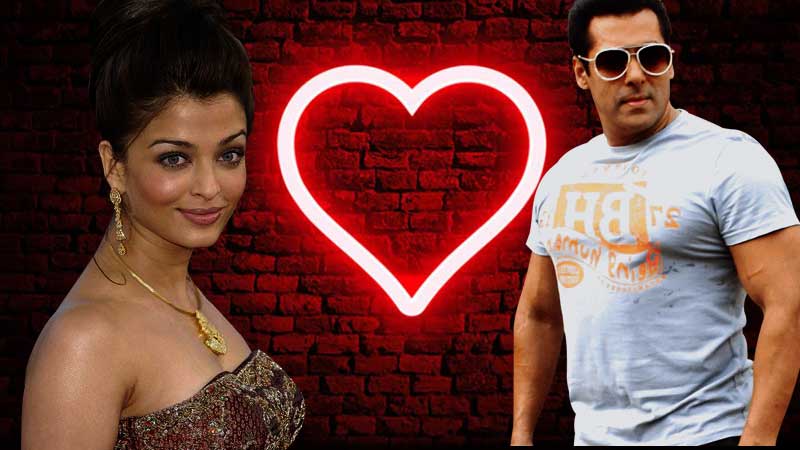 Bollywood has fascinated all of us with its stardom stories, fairytale weddings, scandals, and controversies. But what excites a Bollywood fan the most is the love affairs of their favorite superstars. The industry of glamour and glitz gives rise to a lot of dating scandals that happen off-screen and are tried to be kept hidden from the audience. Some B-stars are lucky to find their happy endings in love while for some it ends up ugliest, making it to the headlines.

Here are some of the most talked and controversial love affairs of Bollywood stars that will surely make your jaw drop:

Undoubtedly, the most talked-about love affair of Bollywood involves two legends- Amitabh and Rekha. Love blossomed between them on the sets of ‘Do Anjaane’ even when Amitabh Bachchan was married to Jaya Bhaduri.

Their secret affair was not hidden from anyone and Rekha even turned up with mangal sutra and sindoor at Rishi Kapoor–Neetu Kapoor wedding. The duo parted their ways with the movie ‘Silsila’ and even Yash Chopra, the director of the film, confirmed their relationship.

Salman-Aishwarya’s love affair began on the sets of ‘Hum Dil De Chuke Sanam’ (1999) and was much talked and discussed in Bollywood. Slowly, she completely became part of his life and developed a strong bond with his family as well.

It was in November 2001 when Salman Khan created ruckus in front of Aishwarya’s apartment as he wanted a commitment of marriage. Things turned worse when Salman tried to ruin her professional life and was physically abusing her. He even accused her of having affairs with her co-stars before Aish called it quits in 2002.

It was one royal love affair of Bollywood and the news of Abhishek and Karishma’s engagement took their fans by exhilaration when they decided to tie the knot after a 5 years long relationship. But destiny had already decided Aishwarya for Abhishek.

A few months later their engagement was called off and a lot of rumors started doing the rounds. As per the speculation, it was Karishma’s mother Babita who intervened in their relationship and she didn’t want a less-established actor to marry her daughter.

The love story of Bollywood’s evergreen couple Dharam Ji and Hema Ji is no less than a Hindi movie. She was India’s Dream Girl and he was the ‘He-Man’ of Bollywood and everyone loved their on-screen chemistry. They fell in love on the sets of ‘Tum Haseen Main Jawan’ while Dharam Ji was already married to Prakash Kaur and had two sons ‘Sunny’ and ‘Bobby’. But that just didn’t stop him and even Hema rejected several marriage proposals. Since his wife didn’t want a divorce, they both converted to Islam and the marriage happened in 1980.

They are the unconventional couple of Bollywood; the reason being she is 45 and he is 34. Malaika is married and has a son while Arjun is still a bachelor. Isn’t it fascinating? They tried to keep it secret for so long but their non-filmy parties, dinner outings, and picturesque vacations said it all.

Now, the couple has started opening up about their love. Their affair took the controversial turn because of their age difference but that is not going to stop them. There is no marriage plan presently; let’s see how the things turn out to be.

You can call it a one-sided love affair as Hritik never admitted it in the first place. On the Contrary, Kangana kept on calling him her ‘silly ex’. The rumors of their affair started after Krrish 3 and what turned up the heat was Hritik divorced his wife in the same year, Kangana was thought to be the reason for the same.

He accused her of defaming him and using his name to gain publicity. Soon things turned into a legal battle and they both exchanged legal notices. Both of them had a different story to tell. Kangana kept on making accusations while Hritik went on proving him as unmistaken. Whether there was love or not but it was the most controversial affair for sure.

She had the ugliest breakup that made her fall into depression and it took her time to come out of that. Ranbir Kapoor and Deepika Padukone started their love relationship in 2007 and the couple was everyone’s favorite. But the red roses turned black when she caught him cheating red-handedly with Katrina Kaif and that too for the second time.

They were the most talked couple of the B-town and the Ranbir’s tattoo on Deepika’s neck was a sign of them madly in love with each other. However, she got separated from him making ways for Katrina Kaif who he even dumped after dating for 6 years.

He is a family man now but has a history of playing a Casanova as he broke the heart of one of the most gorgeous B-town actresses, Shilpa Shetty. The betrayal was so hard that Shilpa even lashed out at Akshay Kumar during an interview in 2000. Love blossomed between the two during the shooting of Main Khiladi Tu Anari but Shilpa was left heartbroken when she found Akshay cheating on her with his present wife, Twinkle Khanna. Shilpa even accused him of two-timing her all through the relationship.

It was the most controversial affair of Bollywood of its time as Boney Kapoor, the father of two, was happily married to Mona Kapoor when Sridevi acted as a marriage breaker. Ironically, Mona was the one to welcome Sridevi when she was new in Mumbai not knowing that she will eventually break their (Boney and Mona’s) 13 years long marriage.

What heated up the controversy was, Sridevi got pregnant with Boney’s child. Soon after, Mona and Boney parted their ways and the most talked-about marriage happened.

Together called as Saifeena, Saif and Kareena gave rise to a royal and much talked love story. Despite being two different personalities, they found love in each other. Kareena rejected his proposal twice before finally giving into a relationship.

The love affair was already getting attention from the media due to their age-gap, Saif being a divorcee, and Kareena-Shahid much-hyped breakup but what made headlines was when Saif was spotted with a tattoo on his arm that spells Kareena in Hindi.

Kangana has always managed to be in controversies, be it for her work or her love flings. However, she has never kept any of her relationships hidden even if it was with Hritik Roshan, Adhyayan Suman, or a man of his father’s age, Aditya Pancholi. Aditya got smitten with her when she was new in Mumbai and went out of his ways to make it easy for her. He also helped her when Kangana’s sister Rangoli got acid-attacked, even after being stopped by his wife, Zarina Wahab. His statement “We were as good as husband and wife” heated all the controversy. Later on, Kangana filed a police complaint accusing him of beating her up and harassing her.